Especially, Super Belt will be appeared in this update. The most important that it's for free.
It can be said that Super Belt is a miniature version of Belt of Ardor.
Super Belt has 3 types: Immunne (like Phoenix Guardian of LO), Increase Damage by 15%, Blind target. 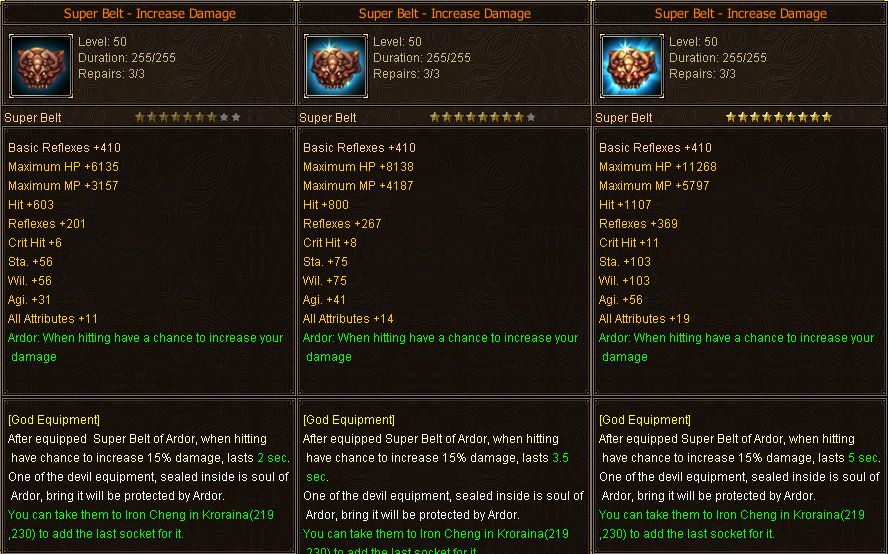 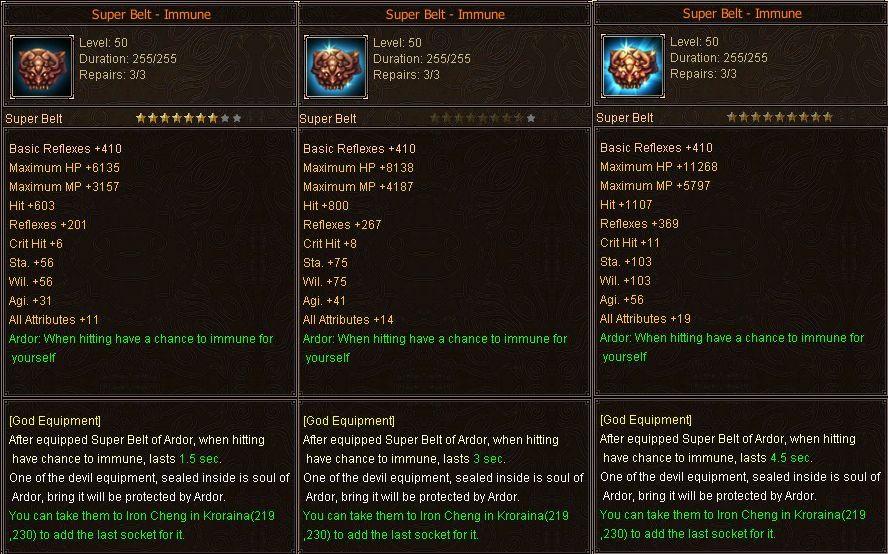 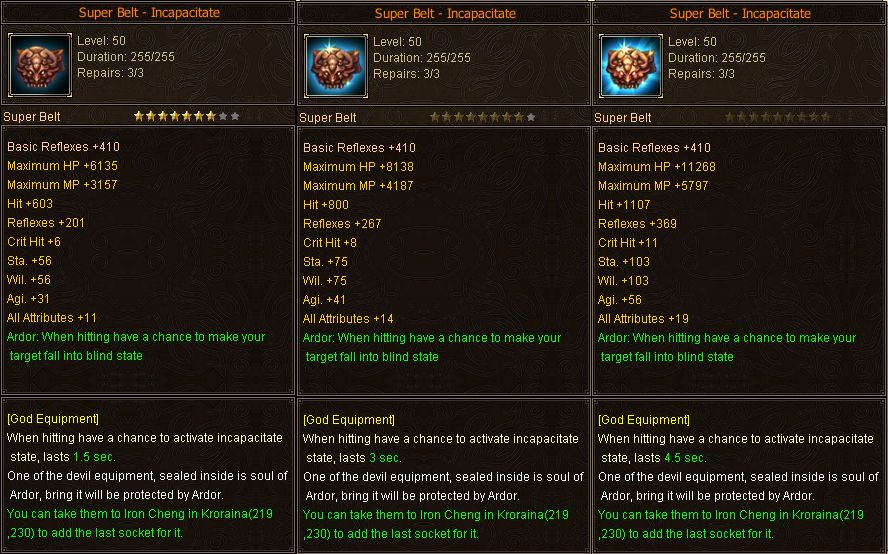 In order to own Super Belt you want. Use Dragon Jewelry to exchange it at NPC Moon Yue[192,146]. 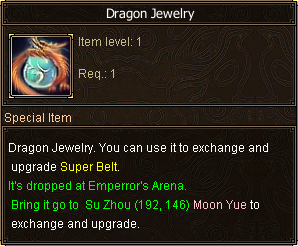 In order to summon 5 BOSS in Emperor's Arena, you need to waste 10 Dragons Summon Card to summon BOSS. 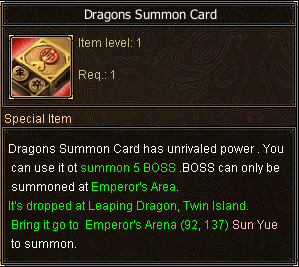